When I was learning React-Redux, one concept that I could never wrap my head around was the concept of a middleware. What is a middleware?

Middleware is code that intercepts a request or a process, usually redirecting it or producing some sort of side effect. In Redux, middleware lives in between the dispatching of action and the reducers. 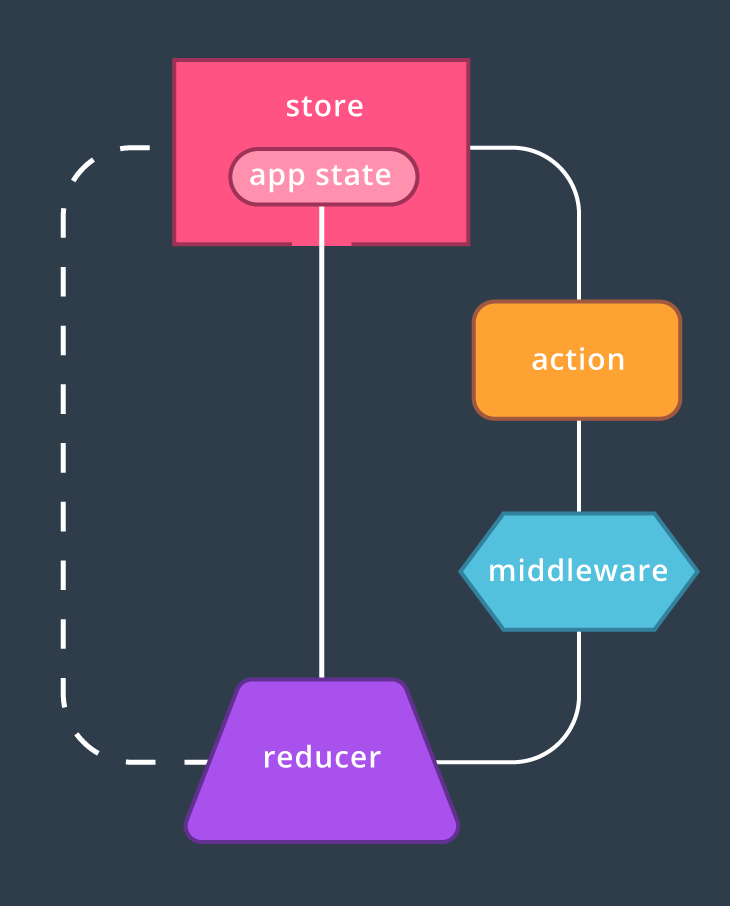 Here are some examples of what middlewares can do:

So, where does the middleware go in a Redux app? Redux provides us with the applyMiddleware() method that we can pass as our enhancer argument to the createStore() method. For instance,

Whenever people talk about middlewares, you’ll also hear them talking about this thing called a thunk. What in the world are thunks?

Without middlewares, actions are dispatched synchronously by default. You can think of thunks as middleware wrappers for the store’s dispatch() method. Instead of returning action objects, we can use thunk action creators to asynchronously dispatch functions or Promises.

Suppose we need to make the following HTTP request:

By setting up a Promise, the action to receive all to-do items is dispatched only when the original request is complete.

To summarize, when the to-do list page renders, the component calls a thunk action creator to fetch the to-do items. The following events happen in the following order:

If a web application requires interaction with a server, applying middleware such as thunk helps solve the issue of asynchronous data flow. Thunk allows us to write action creators that return functions (rather than objects). The thunk can then be used to delay an action dispatch, or to dispatch only if a certain condition is met (e.g., a request is resolved).